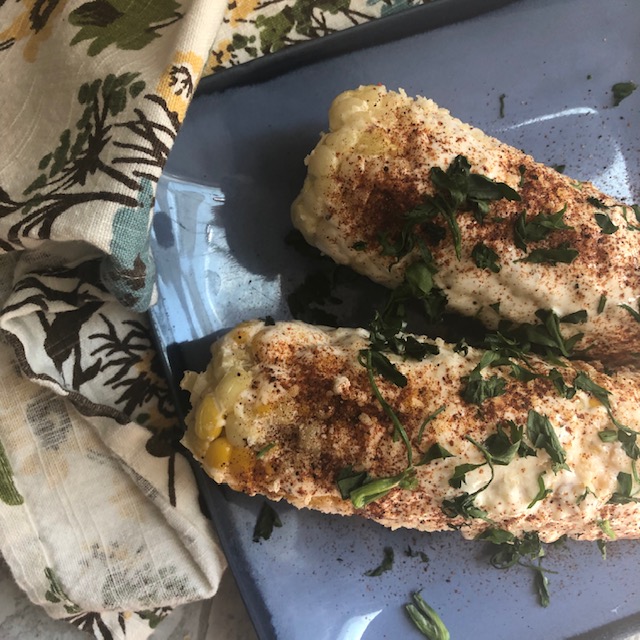 I’m so glad corn on the cob is starting to make an appearance in stores again! While not a Paleo-approved food (it’s a grain, unfortunately), I do fine with some corn in my diet. It’s definitely not an every day occurrence, but of all the grains in the world, my digestive system seems to handle corn the best. Lately, rice has NOT been agreeing with me at all. I have no idea why.

*This #summergrilling post is sponsored by #Hamilton Beach #ad*

Mexican Elote Street Corn is a very popular food in Mexico. While I didn’t see it much served as an actual “street” food in Puerto Vallarta (where I’ve been the last two times we’ve ventured to Mexico), I did see it from time to time in Cancun. We also took a cooking class in Puerto Vallarta with Vallarta Eats, where we were taught the proper way to make this dish.

While traditionally not dairy-free, there are definitely ways to lower (or even eliminate) the dairy in this recipe. Traditionally, you roll the corn in a mixture of mayonnaise and either sour cream or mexican crema. Instead, I used Primal Kitchen’s mayo (which is dairy-free) and Kite Hill’s plain Greek yogurt. I constantly sub Kite Hill for all my sour cream needs! 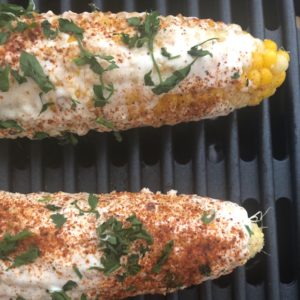 After rolling in this mayo/sour cream mixture, you then roll it in crumbled cotija cheese. Cotija is a Mexican cheese that is both crumbly and very salty. Think feta, and you’re closer to the texture and flavor of Cotija. Thus, feta is one of my substitution suggestions. Traditionally made feta is a goat’s milk cheese. While you have to carefully read the ingredients (it’s not always made exclusively from goat’s milk anymore), the higher end products will still be made entirely of goat or sheep’s milk. Many people tend to do better with cheeses made from non-cow milk.

However, if you don’t do well with any dairy from any source, try a vegan Parmesan cheese. Thrive Market, Go Veggie, and Daiya all make one that’s easily obtainable.

I grilled my corn on Hamilton Beach® Indoor Searing Grill. It’s just one of the fabulous prizes you could win in our giveaway! Be sure to enter below before it’s too late! It’s definitely one my favorite items I used to create all the #summergrilling recipes this week! It’s so simple to use, just plug it in and away you go! The grill is compact (which is great for my tiny kitchen!) and a breeze to clean! Just slide the drip tray out from the bottom, lift the grate off the top, and pop everything in the dishwasher! Easy peasy! 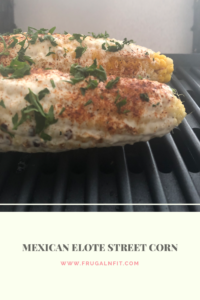 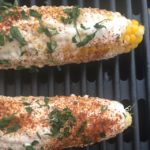