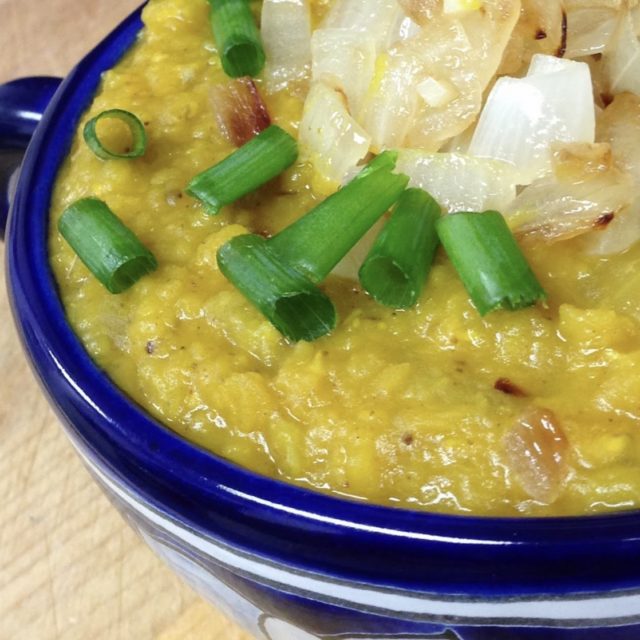 Well, I’m venturing on a side track to bring you this new recipe. It’s not Paleo but it’s still one of my favorite dishes. The Paleolithic diet doesn’t approve of legumes, saying they’re high in phytic acid and Lectin, which damage the small intestine and prohibit proper nutrient uptake. Though, I’ve read mixed opinions on that and I honestly think that’s kind of dumb. Unless you’re actually allergic to legumes (it’s 2nd most common food allergy), then that’s a different story. This is definitely a clean eating recipe, though. And it’s low in fat, salt, and calories. I calculated this recipe at 197 calories a serving. Add a nice salad or veggie and some brown rice, you’re still under 500 calories for a hearty dinner! And it’s cheap! I can get a whole pound of lentils for $.88 at my local natural foods grocery store. 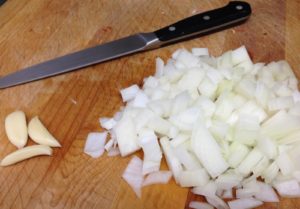 Dhal is a popular Indian dish. I make lots of Indian recipes. It’s probably my favorite ethnic food. This recipe is super easy and quick to make. And cheap. WAY cheap. Probably won’t get much cheaper than this recipe! A 1 lb bag of lentils at Walmart is $1.25 here. Though I can get them way cheaper than that when they go on sale at Sprouts. They’ll go $.88 a lb there a couple times a year. Feel free to substitute split peas instead. They taste the same to me. I used red lentils this time but green lentils are fine too! Your dhal won’t taste any different.

I love the smell of garlic and onions cooking. It’s probably the Italian in me that says it’s the best food combination ever created! My best friend growing up hated onions! I still don’t think she loves them. I never understood that. But then again, she would probably say the same thing about my aversion to mushrooms. We would always trade when we were little. I’d eat her onions and she would eat my mushrooms. Ok, maybe we still do that!

I don’t think Dhal is very pretty by itself. It actually took me a little while to figure out how to make it look appealing for pictures 🙂 I rummaged through my cabinets a bit to find a pretty bowl. This bowl I bought in Cozumel last spring break! This is the first time I’ve used it. Nice, huh? 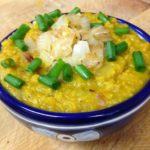 Write a review
Save Recipe
Print
Ingredients
Instructions
Frugal n Fit https://frugalnfit.com/
Eating Out of the Freezer: What to Eat When You Don’t Feel like Cooking, The Walmart Edition