This is Me: PCOS and the Paleo Diet 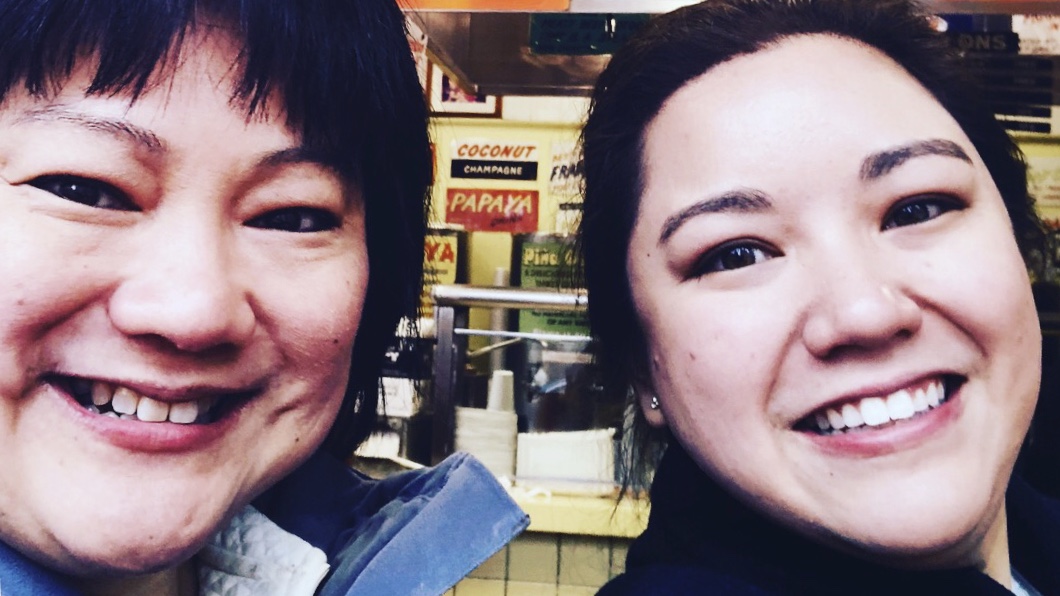 Frugal & Fit is a year old today! Can you believe it? It kind of blows my mind how fast this year has gone and also, how much this little blog has grown in one short year! And it’s all thanks to you! You all, who have faithfully read and commented on the blog, on social media, and in person, are what keeps Frugal & Fit alive and well! Let’s talk today about my journey with PCOS and the Paleo Diet. It’s the foundation of Frugal & Fit and why I write this blog!

A couple of weeks ago, I got a direct message on social media asking me about my migraines and why I avoid certain foods. A couple of days later, I got another direct message asking to know more about my story and background. Why, exactly, do I write this blog? What are my health challenges, my food restrictions? Why do I eat a Paleo diet? And I realized then, I don’t think I’ve ever really shared my whole story on why I chose this diet and the symptoms surrounding my chronic conditions. There’s small glimpses of my story in my About Me page and I’ve briefly talked about it on and off social media but it’s high time to lay it all out there, don’t you think? And as we celebrate one year of Frugal & Fit today, this seems like the perfect time to do it!

I’m pretty open about sharing my story in person. I’ve discussed it both one-on-one with people who ask and I’ve even done it on stage in front of a larger audience but I don’t know, it seems different to me to actually write it down. Harder, in some way. You’d think it would be the opposite, sharing a story in person seems way more terrifying.

I have three different chronic conditions, Polycystic Ovarian Syndrome, Endometriosis, and Migraines that I pretty much treat all of them with diet and exercise. I follow a (mostly) Paleo diet and actually feel best when doing the 21-day Sugar Detox. The 21-day Sugar Detox is a version of Paleo that also limits your sugar intake. So while Paleo approves fruits, natural sugars such as coconut, and carby vegetables, the Sugar Detox limits or eliminates those for the 3 weeks you’re doing the program.

Don’t know what a Paleo diet is? This website, written by the founder of the Paleo diet, Dr. Loren Cordain, is a great overview of the diet and the reasons behind it. You might be aware of the Whole30 diet, which is a spin-off of Paleo and also based on the ideology.

Polycystic Ovarian Syndrome is a hormonal condition where the female body produces too many androgens (the male hormone). The main symptoms include irregular or no periods, excess facial or body hair, acne, pelvic pain, infertility, obesity, and male patterned hair loss. At age 17, doctors diagnosed me with probable PCOS (They weren’t able to tell me for sure until I developed cysts on my ovaries 8 years later). I went 19 months without a period (this is called amenorrhea) and my doctor decided to put me on birth control to see if that would help jumpstart my cycle and bring back my period. She had told me that not having a period for a long time was not good, even though I thought it was great! I thought I was blessed to not have to go through that every month! What girl wouldn’t like that?! But my doctor said that in the long term, I’m more at risk of infertility and cancer if I allowed the amenorrhea to continue.

Besides the amenorrhea, the other symptom I had right from the beginning, was weight gain. This is a very common symptom with PCOS. PCOS sufferers tend to be insulin resistant and are prone to Type 2 diabetes. Once I hit puberty, I started packing on the pounds. By the time I was in college, I was over 200lbs. Last year, when I started the Paleo diet and focused on changing my diet and exercising, I was over 250lbs. This is the very first time I’ve admitted what I weighed and it’s really difficult for me to write it down. 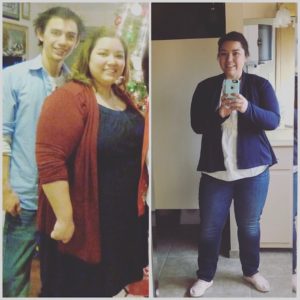 I started the 21-day Sugar Detox, which shares a lot of it’s nutrition guidelines with the Paleo diet, in May 2017. I had tried it before and lost about 15 lbs in the 3 weeks and knew my body did well on it. It goes back to the insulin resistance. The lower in sugar your diet is, the better. We just can’t process sugar in our bloodstreams successfully. That’s why the Keto diet is so successful for women with PCOS. Keto is a low-carb, low-sugar diet on steroids. I’ve tried it but it’s just not for me. Keto allows artificial sugars (I’ve never done well with artificial sugars) and A LOT of dairy and fat, while basically eliminating carbs altogether. It’s not maintainable for me and I just gain everything back as soon as I quit.

PCOS and the Paleo Diet

So, after completing the 21-day Sugar Detox, I eased into the Paleo diet. Over the next 6 months, I lost close to 70 lbs and felt an incredible change in my body. My periods returned after I had surgery to remove two cysts on my ovaries in 2015 but they still weren’t regular. I’d go anywhere from 3-12 weeks between cycles. Once I started losing some of the weight and focusing on unprocessed foods, my cycle evened out to 29 days, always.

I reversed my type 2 diabetes, got off the birth control and the metformin I was on. I also was taking sumatriptan for my migraines and as long as I’m good with my diet, my migraines disappear as well. The migraines have returned in the last 4-5 months with some frequency because of my dietary choices. Soon, I’ll be doing another round of the sugar detox to get my body back on track and hopefully my symptoms will disappear again. I’ll keep you updated on that! 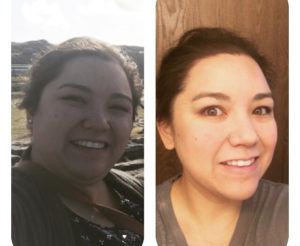 Endometriosis is a condition where the cells that line the uterus, start to grow outside of it. They usually grow around the ovaries and fallopian tubes but can grow in other places throughout the body as well. Symptoms include debilitating cramps, lower back pain, pelvic pain, infertility, and pain during sex. I didn’t know I had Endometriosis until my surgery for the cysts. When the surgeons went in to remove the cysts, they could see lesions and scarring from the Endometriosis as well. My symptoms aren’t severe. I do get the occasional cramps and pain but it’s never been debilitating. For some it is. Certain times of the month can leave sufferers flat on their backs for days. I’m lucky in that respect, I guess.

I’m not sure why, but losing weight and cutting out gluten, sugar, and processed foods have helped ease the Endometriosis symptoms as well. I can’t explain why, since Endometriosis is not a hormonal or auto-immune disease and it puzzles me why a dietary change would help with this, but I’m definitely not complaining! The only thing I can think of is I have less weight in my midsection now, which might help with pressure around my uterus, but that’s just a random thought. 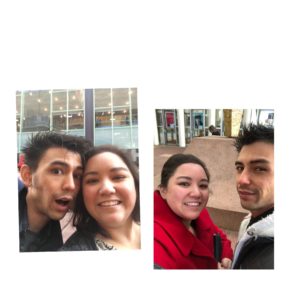 One of the questions I’ve gotten lately is why I think food plays a part in treating my Migraines. There’s multiple articles and research that talk about food triggers (see HERE, HERE, and HERE). The Paleo diet eliminates a lot of the common migraine food triggers (cheese/dairy, processed meats, artificial sugars, and MSG). The one thing that I’ve learned about my specific body is that gluten is also a migraine trigger for me. There isn’t as much research about gluten being a migraine trigger except for in patients with Celiac disease. But Celiac runs in my family and while I have yet to be officially diagnosed with it (I don’t want to do a colonoscopy!), I know I’m probably at least sensitive! And I don’t mind giving this food up. It’s makes life a little harder, a little more expensive, but it’s not the end of the world. Not in today’s society, where gluten-free is everywhere and becoming more and more accessible.

I’ve always known artificial sugars were a migraine trigger for me, especially sugar alcohols (since I’m allergic to alcohol). Sugar-free gum gives me (and my mom and brother, who are also allergic to alcohol) an instant headache. The only one that we all seem to do better with (not great, but ok in small amounts) is sucrolose. Not sure why that is, but all the rest give me a migraine.

So, that’s my story. The Paleo diet has been a game-changer for me. I still suffer from PCOS symptoms (I’ve mentioned the androgynous alopecia on social media before. That’s what causes me to lose my hair). Doctors have told me I’ll probably need help getting pregnant when/if I decide to start a family. That probably won’t ever go away but we’ll see. But changing my diet and sticking to a workout schedule has changed my life. PCOS and the Paleo diet are a huge part of my life now. And that’s why I write this blog. To share the ways food can really heal. And to hopefully inspire others to think about how a healthier lifestyle might benefit their lives as well. If I can do it, so can you! And it can be done without ruining your finances! LOL! Thanks for reading and supporting Frugal & Fit. It means the world.

I’m headed to the Nourished Festival 2019!