How I Travel on a Tight Budget: Section 2 (Flights) 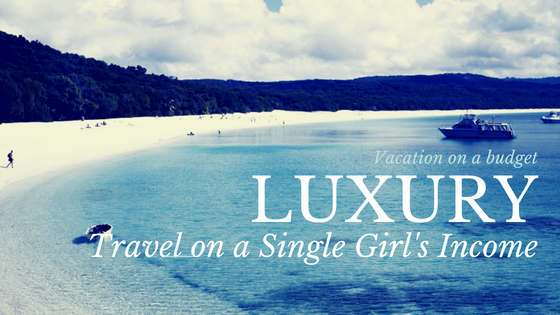 Outside of hotels, plane tickets  may be the most expensive single item you purchase when going on vacation. If you’re headed to exotic locations or anywhere overseas (basically), you can easily spend $1000 or (much) more per plane ticket. But with a little planning and flexibility, you can save big bucks on those costly plane tickets! For example, I have never spent more than $500 on a plane ticket, myself. And I’ve traveled to places like Mexico, Hawaii, London, Dublin, and Grand Cayman in the past 5 years! I’ve also never spent more than $200 on a plane ticket to anywhere in the continental United States in the last 3 years. You just have to know where to look and be flexible with your dates! Budget airfare is attainable! 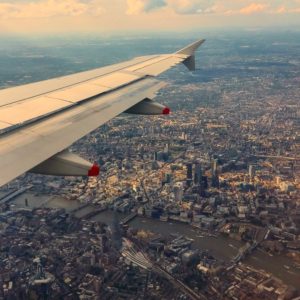 I’m going to give you some tips (as well as examples of current ticket prices) on how I save mega bucks on airfare, without a travel credit card. There are plenty of blogs and websites out there that advertise taking advantage of perks airlines have when you sign up for their credit card. I’ve never done this, so I can’t give any advice on it. I’m not a huge fan of credit cards (I’ve, honestly, gotten myself into trouble with a credit card when I was younger and it took me a long time to pay that off and fix my credit score!). None of these tips will require you to sign up for anything! 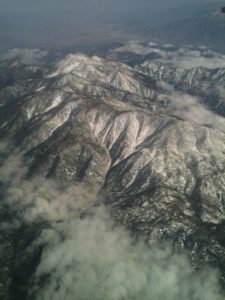 California from the air on the way to Hawaii

So, here we go! I use an abundance of websites when looking for budget airfare. The two major ones I use first and foremost are Skyscanner and AirFareWatchDog. These two websites keep me updated on current airfare sales to locations I’m interested in going to.

1. Skyscanner: Skyscanner is cool because you don’t need to have a specific destination in mind to use it. You also don’t have to have any specific date in mind. Say you want to go from Denver to London but you don’t care when. Skyscanner will search for the cheapest month to fly and let you know how much you can save if you go in, say, February versus June. It will also give a list of places you could travel to for under a certain price point. Again, say you want to see where you can go from Los Angeles for under $200. It will give you a list of different locations and prices. It’s fun to see where you could go in the world! I’ve definitely been surprised by all the places that $200 could get me!

3. Travelocity: Yes, I use this website for airfare as well as hotels. Again, I don’t book anything through them usually. I just use them to get a general sense of pricing before heading to a airline’s website to book. Here’s why I do that. I’ve had a few issues where flights have been delayed or cancelled and have had problems getting customer service because I booked with a third party vendor instead of directly through the airlines. Airlines have told me, “we can’t help you, go through Travelocity”and Travelocity has told me, “we can’t help you, go through your airline”. This is extremely frustrating when you’re on hour 12 of what should have been a 4 hour flight or it’s 2:00am and you’re stuck in Idaho! (Yes, these are actual examples). I’ve just found it’s better to cut out the middle man. Do your research on whatever site you want, but book direct. It’s not worth the hassle. And I’ve actually found that sometimes, it’s a little bit cheaper to book directly through an airline versus Travelocity. Maybe it’s the taxes, I’m not sure, but I’ve never found it to be MORE expensive to book through an airline than through Travelocity. It’s always the other way around. And if you have any special rewards program with an airline, you can definitely score better deals going directly through them!

4. Discount Airlines: This isn’t for everyone but I have found some AMAZING deals by using discount airlines like Frontier, Spirit, Norwegian, and RyanAir. You need to be a bit tech and travel savvy, because these airlines will get you if you don’t know what you’re doing or you require ANY assistance from them (like even a phone call sometimes!) but you can save some serious cash going this route. Just know, none of these airlines allow you to carry-on or check a piece of baggage for free, choose your seat, or make any changes to your itinerary once you’ve booked unless you pay for it. So keep that in mind when comparing airfare. Is it really cheaper to book with Frontier, who charges for that carry-on you need to bring, versus paying more on United, who doesn’t charge? Again, do your research. Usually, the answer is yes, it is cheaper to buy on Frontier and just pay the extra baggage fee. 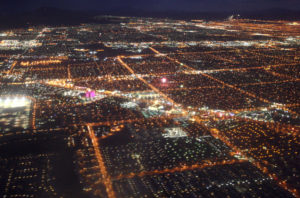 Finding the the best budget airfare really comes down to one major thing, flexibility. If you’re able to adjust when you go, who you go with, and even what airports you fly into and out of, you too can score some amazing deals! Last September, I saw round trip from Denver to Honolulu for $365! We came THIS close to booking that! Right now, Norwegian airlines has airfare for $174 LAX-Madrid! Wow! I wish I had more vacation time! You don’ t have to spend a ton on airfare. With a little flexibility, you can travel the world on a tight budget as well!