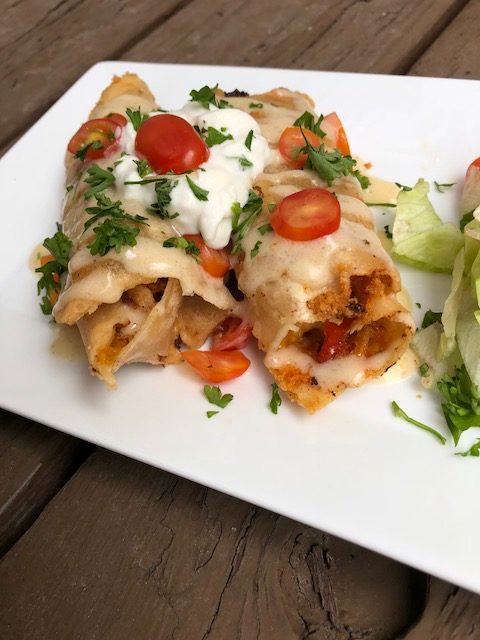 Cinco de Mayo is on Saturday and we’re super excited over here at Frugal & Fit! Any holiday where we get to eat copious amounts of tacos and salsa is ok in our book! I always thought Cinco de Mayo was Mexico’s version of the 4th of July. Maybe just because the holiday is named after the day of the month just like 4th of July?  I don’t know where I got that impression but it’s wrong. Cinco de Mayo is the celebration of a battle against the French that Mexico won at the Battle of Puebla. Though in the USA, we more or less celebrate Mexican culture than any battle won on the 5th of May. And I’m all for that! Especially if it means I get to eat! 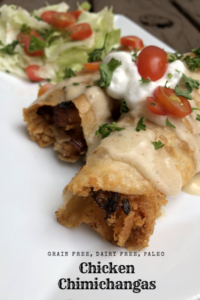 Mexican food can be hard for those of us who try to adhere to a Paleo diet. Almost every popular Mexican dish has some type of grain in it. Flour, corn, or rice play a dominant part in Mexican cuisine. And the most popular dishes here in American are those wrapped in some kind of tortilla! Tacos, enchiladas, and chimichangas are all high on my list of favorite Mexican dishes! Though, I do love me some carne asada too!

That’s where Siete Foods comes to my rescue! They make the most awesome grain-free tortilla shells and chips on the face of the Earth! I like both their cassava and their almond tortillas the best. Cassava has a better texture and more of a flour-like taste than the almond ones do but they are higher in carbs than the almond ones. Use whichever you’d like for this recipe though. I used the cassava because they tend to fold better. Heat the tortillas in the microwave for about 10 seconds per tortillas so they’re more pliable and you can form the chimichangas better that way. They tend to snap apart if not heated and rolled cold. You can find Siete’s tortillas at Whole Foods or Natural Grocers markets. If you don’t have one of those stores nearby, check out Siete’s Store Locator to find the nearest grocer to you! 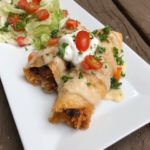